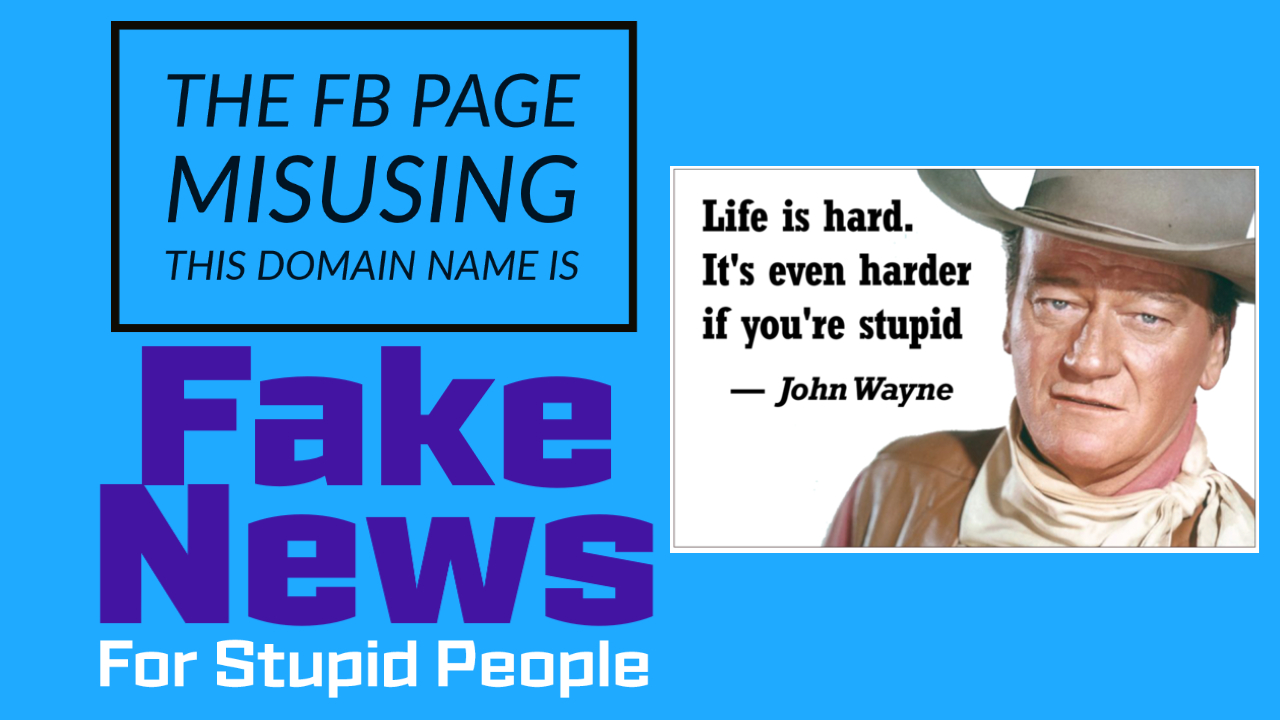 It has come to my attention that some elderly residents of Waynesboro, Virginia were recently misled into showing up for an event in our city that never happened. A Facebook page that uses this web site's domain name posted this event, and people who did not read it carefully thought that it came from the legitimate Facebook page "Waynesboro.Com."

As a result, a number of these elderly people were out in the hot sun for an extended period of time, during a pandemic, waiting for the event to occur, and putting their health at risk. This kind of irresponsible behavior has been one of the primary purposes of that juvenile Facebook page since its creation and it needs to stop.

This web site is owned by Waynesboro.Com.

That Facebook page misuses this web site's name, and they do NOT have our authorization to have our domain name on that page. That page was started by a group of individuals who were kicked-out of Waynesboro.Com for bad behavior, years ago. That Facebook page is their attempt at retaliation for the bans and was used primarily for insulting and harassing Waynesboro.Com, but they soon expanded their role into generally obnoxious, fake news and attacks on local businesses and individuals, under the guise of parody.

My personal policy has been to ignore the page, and I haven't seen it in a couple of years. However, some people continue to be fooled into believing that the bogus page is Waynesboro.Com. Some of these people are simply not careful readers, but others may be elderly or have other reasons for limited vision or limited literacy. To them, we apologize for the damage being caused by the fake Facebook page, and we support any legitimate effort to stop them from further harming our community.

The Waynesboro.Com organization exists to provide accurate & dependable information to the Waynesboro, Virginia community and will continue to defend against this fake Facebook page's ongoing attempts to harm our brand and our community.